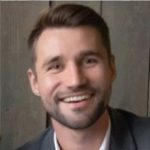 Ian Feldman
Ian Feldman is the lead editor for Business News Ledger. Ian has been working as a freelance journalist for nearly a decade having published stories in the New York Times, The Plain Dealer, The Daily Mail and many others. Ian is based in Detroit and covers issues related to entrepreneurs and businesses.

The internet and social media have proven to be an excellent tool for music artists to rise from obscurity and build a brand without needing to be signed by a major label. It allows artists to be very niche and still get discovered easily by those looking for their type of music.

However, this also demands that the artists act as their own agents and effectively market themselves + engage with audiences via their social channels. TEMPO – Horace Wangnin Saizonou is an increasingly popular music producer who seems to understand this better than most.

With a rapidly growing presence on his Instagram and other social platforms, TEMPO is clearly doing something right when it comes to marketing himself. While he is masterfully engaging his audience in a consistent manner, he is doing in a way that comes across as very natural.

There’s no doubt that marketing yourself as a musician on social media can be quite difficult, but TEMPO seems to make it look easy. Posting on a consistent basis, TEMPO understands how to keep his audience engaged in-between the releases of his tracks so that he never loses relevance with them.

With a new album coming soon, TEMPO is no doubt going to ramp up his social media activity in promoting the project. With his fanbase continuing to grow rapidly online, TEMPO’s new music will be sure to generate a lot of buzz.